World Computer Literacy Day is December 2nd! This celebration of computers began in 2001, founded by the National Institute of Information Technology, an Indian computer company, after research suggested that the majority of computer users around the world were men. What started as an initiative intended to encourage the development of technological skills, particularly among children and women in India, has since expanded with aims to "create awareness and drive digital literacy in underserved communities worldwide.”

END_OF_DOCUMENT_TOKEN_TO_BE_REPLACED

Happy Thanksgiving from the EiE Team! This holiday, give your students and their families the gift of hands-on, at-home STEM activities that are sure to bring them together in learning and excite participants of all ages. With EiE’s all new EiE Families Activities, send your learners home with free activities like ‘Bye Bye Bug’ and ‘Sounds of Celebration’ and keep the learning going out of school.

END_OF_DOCUMENT_TOKEN_TO_BE_REPLACED

The Importance of Computer Science Teaching For Young Learners

In the 21st century, computer science has become an integral part of our lives and the lives of our youngest learners. Teaching essential computer science skills as early as kindergarten can prepare young learners for an increasingly technology-dependent future, including careers that haven’t been invented yet.

END_OF_DOCUMENT_TOKEN_TO_BE_REPLACED

Happy National STEM Day, celebrated annually on November 8th! This year to support you in celebrating we’re excited to share this list of fun and engaging activities for anytime learning in class, at home, or on the go!

END_OF_DOCUMENT_TOKEN_TO_BE_REPLACED 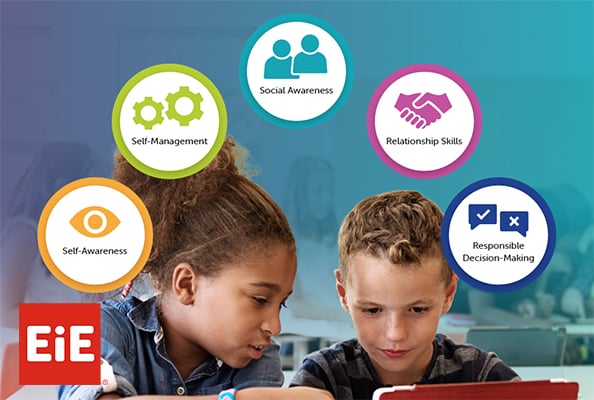 We know that EiE’s Habits of Mind encourages student growth, but did you know how we consider social emotional learning in our resource development? Students’ SEL learning is key to helping kids achieve their best selves, both in and out of the classroom.