The National Science Teachers Association holds its annual national conference later this week in Chicago, IL, and one conference strand will be “Teaching Every Child by Embracing Diversity.” The goal is to help educators find new ideas and new resources for science teaching that meet the needs of all students. 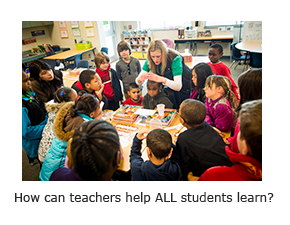 For the past two years Dr. Heidi Carlone, an associate professor at the University of North Carolina - Greensboro School of Education, has been studying equity and access in classrooms, using EiE as a curricular tool. We checked in with her for a progress report.

Q: Give us the “methods section” for your research on classroom equity.

A: I’m observing teachers and students at five Title I (non-mainstream, high poverty) schools in two North Carolina counties to understand how we can create classroom environments that disrupt the status quo view of who is “smart.” How can we foster classroom participation for all kids? And in particular, how we can help students who are not seen as “academic” or “smart” to see themselves as such.

When I came across the EiE curriculum, I immediately identified it as a tool I could use. It embraces many of the curricular design principles that I espouse. And I believe introducing engineering into elementary classes presents a new lens through which students can view their abilities.

Q: What are you finding? 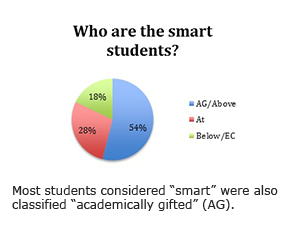 A: We’re finding evidence that EiE seems to disrupt the traditional classroom hierarchy, in which students are labeled "smart" because they get good grades or hand work in on time. When students work on EiE activities, we see kids who are not considered traditionally smart by the other kids (or by their teachers) get labeled “smart engineers.” They’re recognized for OTHER abilities, like being creative, being persistent, and thinking outside the box. They display skills and leadership that weren’t obvious before.

We saw one student who was receiving special education services and spoke English as a second language be named the "smartest engineer" in his class by 50 percent of the students after coming up with a good solution to an EiE design challenge. In another case, a boy who was performing below grade level in math and literacy became a group leader during the engineering unit and, without prompting, described himself as a “question-asker.” This was especially significant because before he began the unit, his teacher told us they worked out a system so that he could ask her questions privately–he was too shy to do so publicly.

We also see teachers developing a new framework for holding students accountable. They expect students not just to learn facts and do well on tests, but also to engage in appropriate engineering and scientific practices. One teacher told me, “I really think this leveled the playing field. The academically gifted kids still shined. But they weren’t the only ones.”

A: Many researchers look for improved test scores as evidence that the achievement gap between white students and minorities is closing. And one of our focus schools did see an 11 percent increase in fifth-grade test schools, which the principal attributed, in part, to the work her teachers did with EiE. But that’s not the focus of my research. Instead of an “achievement gap,” I see what’s going on in our schools as more of an “identity gap.”

Upper middle-class white students are likely to have life experiences that help them develop an identity as “good at STEM” and to have mentors who encourage them, or role models who have STEM careers. So they can more easily imagine themselves becoming engineers in the future. Low-income and minority students are much less likely to have these kinds of identity-shaping experiences.