Before Paul Tonko became a New York congressman, he earned a degree in mechanical and industrial engineering from Clarkson University and worked as an engineer with the New York State Public Service Commission. 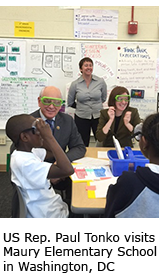 So he probably felt quite at home today as he joined 22 third graders at Maury Elementary School in Washington, DC to work on an activity from the Engineering is Elementary® (EiE®) unit “A Slick Solution: Cleaning an Oil Spill.”

Today’s assignment: imagine you’re an environmental engineer and conduct water-quality tests to figure out the source of water pollution in fictional “Greentown.”

The visit to Maury Elementary is just one way Tonko is celebrating Engineers Week, an event that, among several goals, aims to excite students about future careers in engineering. Tonko also celebrated early, on February 10, by introducing H.R.823, a new bipartisan version of the Educating Tomorrow's Engineers Act (ETEA). Co-sponsors are David B. McKinley (R-WV), Joseph P. Kennedy, III (D-MA), and Rodney Davis (R-IL). The bill aims to address the nation’s critical need for graduates who have science, technology, engineering, and math (STEM) skills by supporting states in integrating engineering into K-12 education.

One important reason for the new legislation: though current federal regulations require states to develop science standards, there’s no similar expectation for engineering standards. The kids at Maury Elementary (and other DC schools) are lucky—they’re ahead of the curve. Engineering is already a regular part of their school day, thanks to support from Raytheon.

The technology company made a $1 million grant to the Museum of Science, Boston to make EiE professional development more widely available in three high-needs regions in DC, Alabama, and Arizona. Maury STEM coordinator Vanessa Ford and more than a hundred other DC teachers have attended professional development workshops and received EiE curriculum materials through the initiative. EiE was developed by the Museum's National Center for Technological Literacy®.

At Maury, Ford has also established a separate lab called the “Think Tank” dedicated to STEM education. “Students learn science lessons with their regular teacher, then come to the Lab for extension lessons in problem-solving—including EiE,” Ford notes. “The end result is double the amount of time most schools spend on STEM-related activities.”

Although science and math problems can seem abstract to students, Ford is quick to make connections between the hands-on engineering activities and students’ real-world experiences. As the kids worked through today’s water testing activity (which sets the stage for the final activity in the unit, cleaning an oil spill) they discovered that the source of pollution in Greentown’s pond is a road-salt spill that wasn’t cleaned up correctly.

“Last year, we did this activity right after some major storms, and kids were literally tracking road salt right into the classroom,” Ford says. “So we took an additional class to look at this specific concern, testing water samples from our own playground. Then through Twitter, I learned that Martin Andres Austermuhle, producer at WAMU, the DC National Public Radio affiliate, was running a story about this exact issue! So I invited him to come talk to the class.”

The Bureau of Labor and Statistics predicts America will need nearly 2 million engineers by 2018. If the ETEA passes, more funding can be directed toward engineering education, research, and professional development. And more students will have experiences like the kids at Maury: early exposure to activities that could help them one day BE engineers—not just play the role. 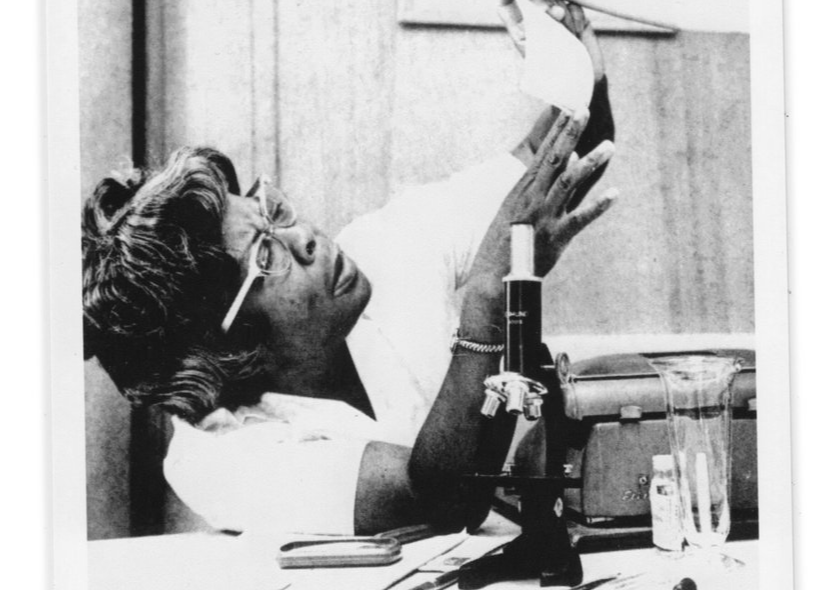