The Power of Learning by Explaining 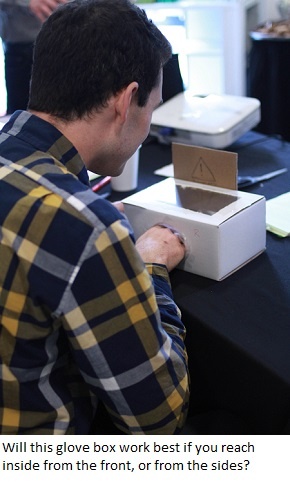 If you’ve spent any time with young children you know they love to ask, “Why?” When a patient adult answers with a thoughtful explanation, that’s a wonderful learning experience!

But depending on the circumstances, there's also great value in deflecting the question back to the child. I got a dramatic reminder of this principle at our Engineering is Elementary (EiE) staff retreat last year.

We were pilot-testing a new biomedical engineering design challenge from our afterschool curriculum Engineering Everywhere; the goal was to make a model of a “glove box” that would protect you from a hazardous microbe while you studied it. 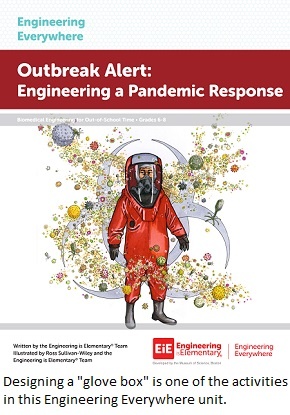 After the teams finished designing their creations, we took a “gallery walk,” strolling around the room while one member of each team stood by to explain why the group made certain design choices.

Why place the glove holes on the top, as opposed to the sides? Why slant the box cover, instead of allowing it to lie flat?

This was more than just a fun show-and-tell, our facilitator told us. Asking students to explain their design choices was an intentional element of the curriculum, because children learn more effectively when they have to explain HOW they solved a problem.

What the Research Says about Learning by Explaining

The idea that explaining something helps you learn about it is hardly new; the Roman philosopher Seneca famously said “While we teach, we learn” roughly 2000 years ago. But his words are more than a pithy observation. They’re supported by modern research.

In one study, published last year in the Journal of Experimental Child Psychology, researchers recruited a group of preschoolers for an experiment using a colorful mechanical toy with interlocking gears and a crank that made a propeller spin.

After demonstrating of how the parts of a similar (but not identical) toy fit together, the researchers divided the kids into two groups, showed each group the experimental toy, and turned the crank to make the propeller spin.

Afterward, kids in one group were prompted to simply talk about the toy—to say what they saw. Kids in the second group were specifically asked to explain how the toy worked. What made the propeller spin? 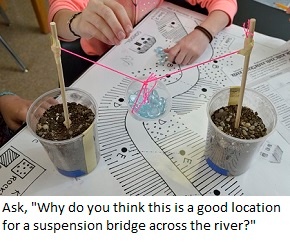 Even though both groups had seen the same demonstration, the kids who were prompted to explain showed a much better understanding of how the toy worked . . .  and later, they also performed better when asked to rebuild it. Going through the process of explaining seemed to help students understand the causal relationships between the turning gears and the spinning propeller.

In another study, the act of explaining helped learners to see a pattern. College students were given a chance to look at a collection of toy robots; afterward, some were asked to describe the group of robots, while others were asked to explain the group. The explainers were significantly more likely to notice what the robots had in common, including some fairly subtle patterns.

Every EiE curriculum unit engages students in the act of learning by explaining. In 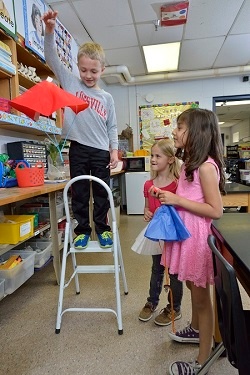 particular, when students are performing preliminary tests on materials or designs, that's the perfect time to prompt them to go beyond just reporting the results and ask them to explain why. Your Teacher Guide is loaded with sample questions you can use to facilitate this process.

For example, after students work through the “Improve” step in Lesson 4 of “A Long Way Down: Designing Parachutes,” the guide suggests you ask: “Did your redesigned parachute fall more slowly than your first parachute? What aspects of your design do you think made that happen?”

You can prompt student teams to explain their thought processes through a variety of communication strategies: They can explain verbally, in writing, by drawing a picture, or by making a model.

Welcome the “whys” and guide students to arrive at their own explanations. It's an old-fashioned strategy that's perfect for our modern world.