Studying How Teachers Respond to Failure in the Engineering Classroom

The word “theory” has a precise meaning for scientists . . .  and often a different meaning for politicians (“An evidence-based explanation of a phenomenon” versus “Oh, it’s just a hunch”). In much the same way, the word “failure” seems to have one meaning in the engineering workplace and another in school (“Failure is normal, it helps you learn” versus “You got a failing grade”). 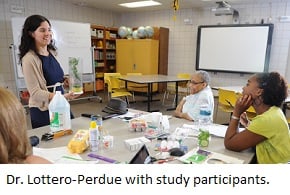 “As we bring engineering into elementary classrooms, we are bringing in a new way of thinking and speaking about failure,” says Dr. Pam Lottero-Perdue, an associate professor of science education at Towson University with a background in engineering. “Teachers will need to understand BOTH ways of thinking about failure—to become guides who help students navigate that border crossing.”

The first step in this process is simple but important: We need a better understanding of how teachers think about failure—something that has been poorly studied to date. Lottero-Perdue and her collaborator Liz Parry aim to address this gap, drawing on data collected through a NSF-funded study of the Engineering is Elementary curriculum (EiE). Some of their early results, presented at the 2015 ASEE annual conference in Seattle last month, earned Lottero-Perdue and Parry a “Best Paper” award from the organization’s K12 and Precollege Engineering division. (In 2014 the team earned the “Best Paper” award for the entire 2014 conference for related work.)

Their two-year study follows teachers from three states (Maryland, Massachusetts, and North Carolina) who have no previous experience with elementary engineering, as they implement the EiE curriculum with third-, fourth-, or fifth-graders. After the first year, Lottero-Perdue and Parry asked a group of 108 teachers to fill out a survey; they also conducted in-depth interviews with a smaller group of 14 teachers. 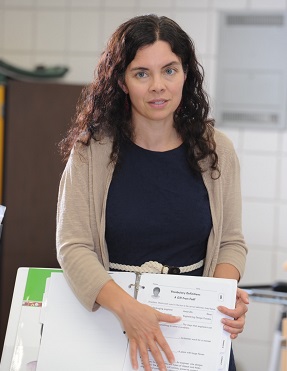 “Although we have evidence that most teachers do regard failure as a learning opportunity, few of them will say they use words like ‘fail’ or ‘failure’ in their classrooms,” notes Lottero-Perdue.

In interviews, on the other hand, 86 percent of teachers DID say they used “fail words.” But they seemed to be applying the term to specific design criteria, not necessarily to the student’s efforts as a whole. For example, if a bridge collapsed, or an alarm circuit didn’t work, the teacher might call it a failure—but also identify it as a chance to try again, and improve the design. Teachers also explained in interviews that they used substitute words like “didn’t work” because of the stigma attached to the word failure and the risk that a student would feel like a failure.

“These preliminary findings about word use are suggestive, but I am also interested in the context of word use,” Lottero-Perdue says. That’s why in addition to the surveys and interviews, she has been videotaping some teachers as they facilitate EiE lessons.

“Video lets me see the whole classroom, the larger picture, how the teacher interacts with kids . . .  and that helps make sense of how teachers later respond to the survey questions,” she says. Stay tuned for more results!