Behind the Scenes at NASA's Jet Propulsion Lab 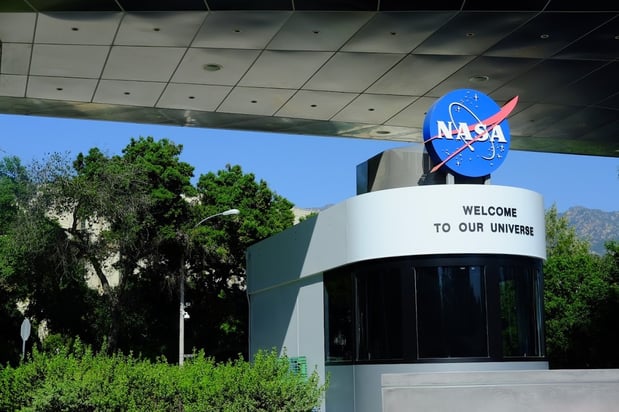 Like all Engineering Everywhere units, Worlds Apart: Engineering Remote Sensing Devices, begins with a context-setting video that helps engage and inspire youth in out of school time programs with a specific field of engineering. Thanks to our partnership with NASA through the Planetary Learning that Advances the Nexus of Engineering, Technology, and Science grant (PLANETS), we were able to collaborate with scientists and engineers from JPL to go behind the scenes, and learn how and why they collect data from the far reaches of space. We met our two interviewees, Tracy Drain and Ingrid Daubar, in the von Karman Visitor Center, among deep space photographs and full-scale models of the Voyager and Galileo spacecraft. 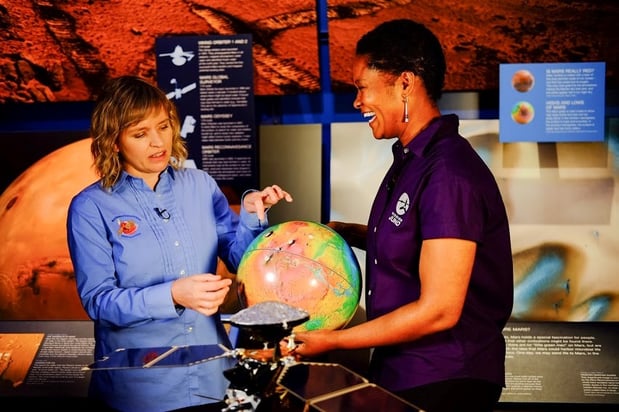 Tracy Drain (pictured right) is a flight systems engineer. That means she helps engineer remote sensing technologies by designing the systems that get them where they need to go. Ingrid Daubar (pictured left) then interprets the data the remote sensing technologies collect to figure out what the objects in our solar system are made of and how they may have formed. I asked Tracy and Ingrid to tell me about the tools that scientists and engineers use to collect information from faraway places. They showed me a model of the Mars Reconnaissance Orbiter spacecraft (MRO) and demonstrated how a spacecraft might gather information about the color, composition, and shape of a planet’s surface, without ever landing there. 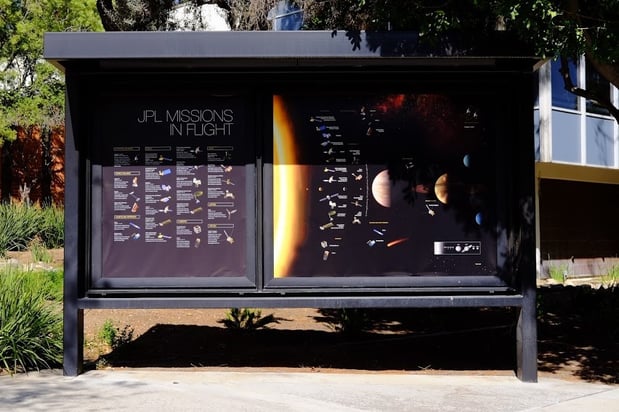 We moved through JPL’s campus to our next filming location in the Mission Support Area. The campus was abuzz with people, sometimes on foot, sometimes zipping around in golf carts to cover more ground. Many of the buildings at JPL evoke a space-age-industrial architecture, but you could still tell it was springtime in southern California. Flowering trees swayed in the breeze overhead, giving us a multisensory reminder of all the ways we can gather and synthesize information from the world around us. 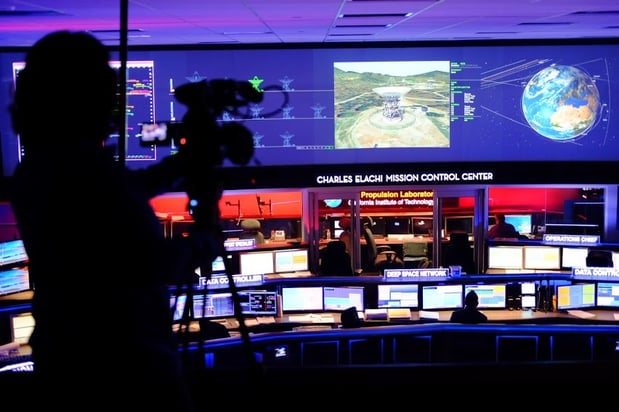 In the Mission Support Area, we met up with a group of scientists and engineers who collect, log, and interpret data from remote sensing technologies. Like everyone engaged in the engineering design process, the engineers at NASA do, occasionally, fail. No matter how foolproof your plan seems to be, there’s always a chance it can go awry. We learned that the team in the Mission Support Area is superstitious about their lucky peanuts, always sharing a handful for good luck before a big launch. The tradition started in 1964, after six unsuccessful attempts to launch the Ranger 7 lunar lander, and finally, a seventh successful attempt, once the lucky peanuts arrived on the scene. Even with the immense amount of testing that takes place in development, the team in the Mission Support Area holds space for superstition when the spacecraft is on the launch pad and out of their hands. 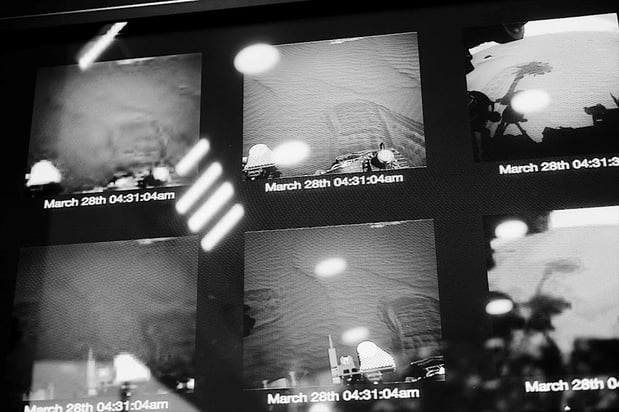 Moving along, we saw almost-live images rolling in from the mast camera aboard the Curiosity Rover currently roaming Mars. The remote camera connection can transmit data between Mars and Earth with a delay of only 30 minutes, depending on the relative position of Earth and Mars in orbit. It’s crazy to think about how these tracks in the dust are being photographed on the surface of another planet! 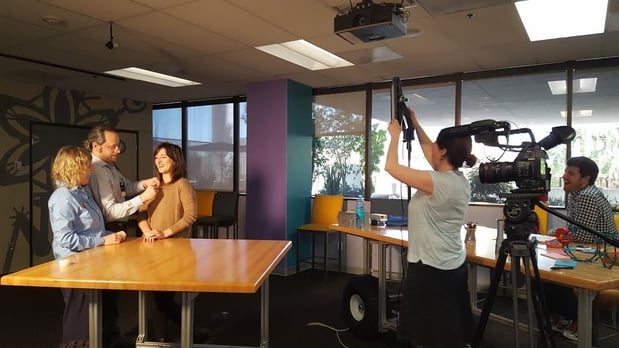 Next, we traveled to the Left Field Room, an experimental space designed with imagination and collaboration in mind. Often, the most innovative ideas are the ones that come “from left field,” without warning, and unlike idea anyone has tried before. The imagine step of the Engineering Design Process is a crucial one, because it allows us to think broadly about the problem and consider ideas that might at first seem unlikely to work. As these ideas get refined with the expertise of others, novel blueprints can take shape. We were surprised to find that the Left Field Room contained a trove of brainstorming and prototyping materials, some of which—like straws, plastic cups, and rope—may look familiar to EiE educators. Tracy and Ingrid told us that they are always thinking about the new information they might be able to detect with remote sensing technologies. Light waves, for example, can tell us about the minerals that exist on the surface of another planet… how might we detect the presence of life on other planets in a similar way. 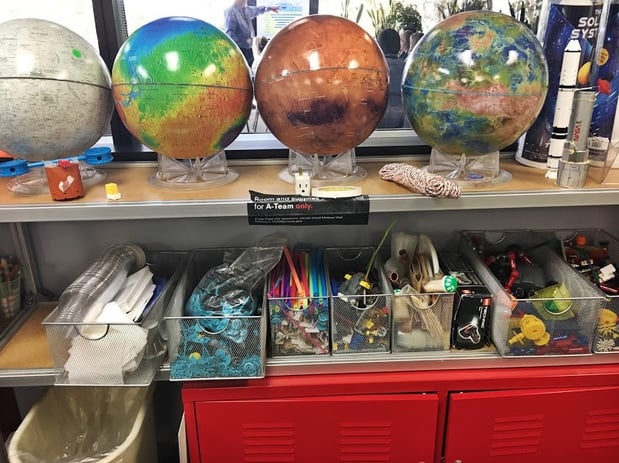 Finally, we suited up, wiped down our equipment, and passed through a series of airlock doors to enter the clean room, or High Bay 1. High Bay 1 is a colossal space where spacecraft are assembled before they launch into space. We talked to Emily Howard, a mechanical engineer building the “cruise stage” for the Mars 2020 rover, the part that’s configured for travel between Earth and Mars. Every effort is taken to avoid contamination here, so hazards like dust don’t get trapped in and damage equipment, and biological hazards like skin cells and microbes don’t end up hitching a ride to another planet. 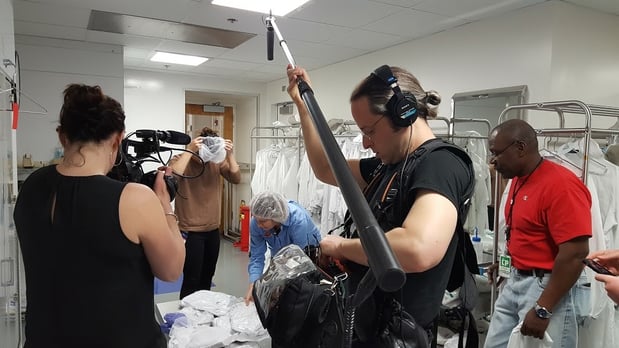 Throughout our visit to JPL, I was consistently amazed by how friendly and helpful the scientists and engineers we met with were. They really are rocket scientists, but it’s important to note that skills like collaboration, communication, and critical thinking are crucial to their work and work culture. As youth prepare to engineer their own remote sensing devices, we hope they gain an appreciation for the teamwork that takes place between scientists and engineers, and are inspired by the big unknowns in our solar system that they could one day help resolve. 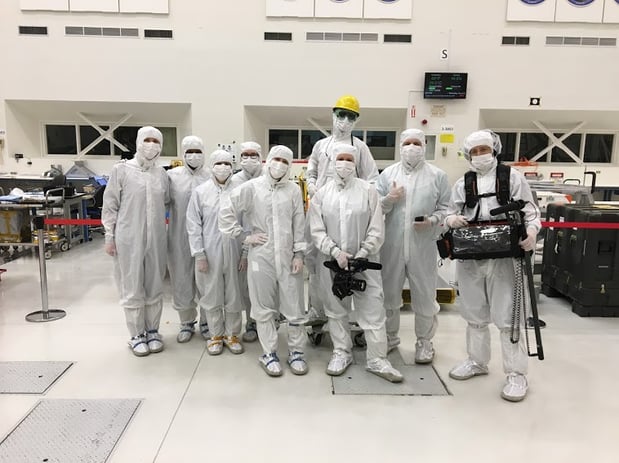